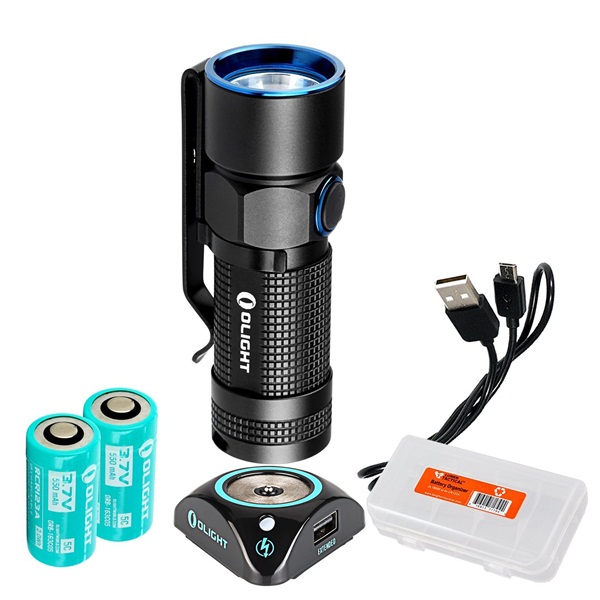 Compact, affordable and versatile, the Olight S10R Baton III Mini LED Rechargeable Flashlight is the kind of flashlight that offers good value despite its affordable cost. It may not be able to compete with high-end flashlights, but it's quite impressive in its own class, and is well-suited for everyday use. So if you are interested in the S10R then here's what you should know about it.

There are three things to remember about the S10R: It's compact; it offers good value for its price; and it's versatile.

First off, let's talk about its compact design. At under 3 inches and weighing less than 3 ounces with batteries, it's the kind of flashlight that is ideal for evening jobs or emergencies. It can fit inside most pockets, and its light weight is what you might expect from a flashlight that's designed for everyday use.

Next, there is the S10R's price. The S10R could hardly be described as an expensive flashlight. However, despite its low price it still offers good value. However, unlike other flashlights that have similar prices, it has a double battery package and it's rechargeable. Also, it packs 600 lumens worth of maximum output, which is quite good for a flashlight of its price.

Finally, there is the S10R's versatility, which is largely due to its accessories. For example, it includes a handy magnetic tail cap that allows users to secure the flashlight onto metal surfaces. Another useful feature is its USB desktop charging dock as well as its charging port, which is compatible with all kinds of Olight magnetic charging cables. And lastly, the S10R also includes a timer function, which can be quite handy for certain situations.

Aside from these feature, it's also worth mentioning that the S10R is not an outdoor flashlight. It's too small and it just doesn't have the range or output to help outdoors. Also, it has components that need to be protected against moisture. So if you're going to buy this item, be sure to use it for urban environments only, as it may not perform well in harsh environments.

Also, many of the S10R's features are designed for urban environments, which makes it useful to police officers, security guards or even office workers, but not for campers. Despite this specialization, though, the S10R's output is quite impressive for its size, and as we've mentioned, it has a lot of nice accessories to compliment its other features.