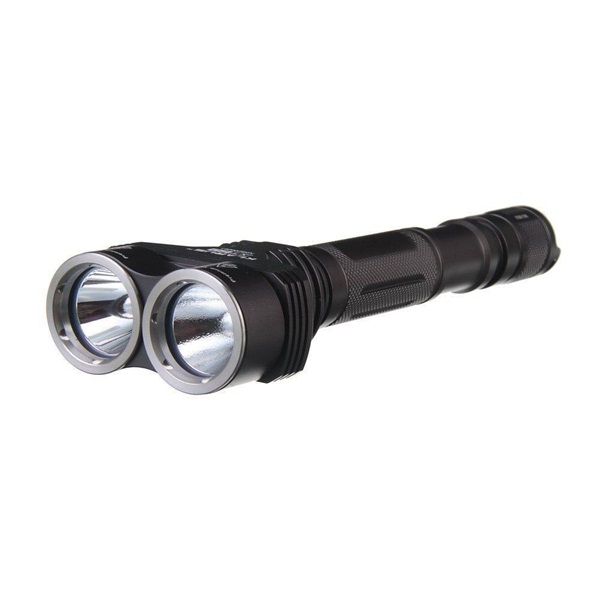 See On Amazon: Klarus Men's XT20 Xm-l2 U2 1a Led Search and Security Light with 2000 Lumens, White by Klarus

If there’s a word to describe the Klarus XT20 Dual Head Tactical Flashlight, it would be simplicity. Compared to most other flashlights, it doesn’t have a lot of features or accessories. Yes, you can attach it onto a firearm, and it has some useful switches, but that’s about it.

However, this simplicity is not necessarily a bad thing. It’s quite affordable, and given its durability, the XT20 is somewhat of a bargain. It is also durable and like many tactical flashlights, can stand up to harsh environments. So if you’re curious about this product then here’s a summary of what you can expect from it.

The first thing to remember about the XT20 is that it’s affordable. It is a relatively affordable flashlight, and given it’s 2000 lumen output, you are getting a lot of value for your money. Most other flashlights that have thousands of lumens worth of output usually cost $150 to $200.

Manufacturers of these flashlights justify their prices by adding a lot of features. With the XT20, however, you don’t get a lot of extra features. Its only distinguishing feature is the dual button tail switch, which allows users to quickly access strobe mode. This one feature aside, though, the XT20 doesn't really have anything else unique about it. So that's the most important thing to remember about the XT20. It offers good value for your money, even if it doesn't have a lot of bells and whistles.

Despite its spartan design, however, it's worth mentioning that the XT20 works well as a tactical flashlight. It's waterproof, made from tough aluminum and offers good illumination. Furthermore, it's also slender and ideal for night patrols. These features are not particularly special, but they are good enough for difficult situations.

So despite its lack of accessories, the XT20 is the ideal flashlight for people who don't have the budget for more expensive products. It offers good performance for low costs, and for many people, that's all that matters.

- Attachable to Rifles and Firearms

The Klarus XT20 Dual Head Tactical Flashlight is the kind of product that is sold to people who just want a cheap but powerful flashlight, and it serves this role quite well. It has a lot of output, and can last for 40 hours at efficient run time. It is also a great flashlight for rifles, so that's a good thing for weapon owners.

Also, like many tactical flashlights, it’s designed for rough environments. So even though it doesn’t have a lot of durability features, it can still hold its own in rough or even wet environments.

Aside from these points, though, there isn’t really much to say about the XT20. The dual button switches are nice features to have but they aren’t exactly groundbreaking either.

So that’s what you can expect from the XT20: simplicity, good output and good price. If all you want is a good flashlight that doesn’t cost three digits then the XT20 is a good candidate for your needs.